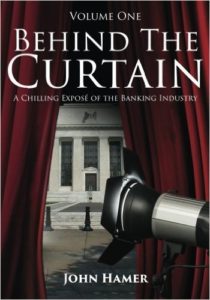 December 1968 saw a landmark court case in the appropriately named township of Credit River, Minnesota, USA. First National Bank of Montgomery vs. Daly was an epic courtroom drama and although unsurprisingly, not widely reported either at the time or subsequently, is actually extremely significant.

Jerome Daly a lawyer by profession, defended himself against the bank’s attempted foreclosure on his $14,000 mortgage on the grounds that there was no ‘consideration’ for the loan. ‘Consideration’ in legalese, refers to ‘the item exchanged’ and is an essential element of any legal contract. Daly contended that the bank offered ‘no consideration’ for his loan on the grounds that they had ‘created the money out of thin air’ by bookkeeping entry and had therefore not suffered a loss (another relevant point of law) by his refusal or inability to pay back the money.

The proceedings were recorded by Justice William Drexler, who had given no credence whatsoever to the defence, until Mr. Morgan, the bank’s president, took to the witness stand. To Drexler’s and indeed everyone else present’s great surprise, Morgan casually admitted under questioning from Daly’s lawyer, that the bank routinely ‘created money out of thin air’ for all its loans and mortgages and that this indeed was standard practice in all banks. Presiding Justice, Martin Mahoney declared that, “It sounds exactly like fraud to me,” accompanied by nods and murmurs of assent from all around the courtroom.

In his summation of the case, Justice Mahoney reported that… “Plaintiff (the bank) admitted that it, in combination with the Federal Reserve Bank of Minneapolis, did create the entire $14,000.00 in money and credit upon its own books by bookkeeping entry. That this was the consideration used to support the Note dated May 8, 1964 and the Mortgage of the same date. The money and credit first came into existence when they created it. Morgan admitted that no United States Law or Statute existed which gave him the right to do this. A lawful ‘consideration’ must exist and be tendered to support the Note.”

So, the court duly rejected the bank’s claim for foreclosure and the defendant kept his house. The implications of this case therefore, should have been far-reaching. If bankers are indeed extending credit without consideration (which they most definitely are) i.e. without backing their loans with real money they actually have stored in their vaults and were entitled to lend, any judicial decision declaring their loans void, would topple the entire worldwide financial and banking system.

Since this precedent, many other defendants have attempted to have mortgages and loans nullified using the same defence as Daly, but there has been extremely limited success only. In fact, one judge said, strictly ‘off the record,’ “If I let you do that, you and everyone else, it would bring the whole banking system down. I cannot let you go behind the bar of the bank. . . . We are not going behind that curtain!”

Well suffice to say, we certainly are going on a highly revealing trip ‘Behind the Curtain,’ so strap-in and be prepared for the ride of your life, as we investigate the sordid and murky history of the world of banking and high finance and the people who run it… with an iron fist encased in a velvet glove.

This book is an indictment, not just of the totally corrupt financial system that today permeates the whole world, but also of the people that control it. Their crimes against humanity are legion and so far-reaching that their insidious influence now extends into and corrupts virtually every element of society and it is these so-called ‘banksters’ – banker-gangsters, who are responsible for all the death, destruction and misery in the world today.

The Falsification of History 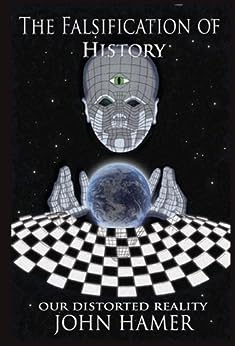 This book relates the current, insidious plight facing the human race as a direct result of a grand deception that has been imposed upon it for tens of thousands of years if not longer. This has been perpetrated by the systematic, ongoing falsification of history in much the same way as perpetrated by the powers that be in the suspiciously prophetic novel ‘1984’, by George Orwell. We have all been deceived on a monumental scale by a tiny clique of people who by their own birthright and bloodlines absolutely believe that they have the divine right to rule over us by whatever method best suits their purposes. In order to achieve this they have lied, deceived, murdered and even committed genocide down the millennia in an attempt to bring their ultimate goal to fruition. Find out about the use of drugs, vaccinations, micro-chipping, mind control, trans-humanism and 24/7 distractions such as non-stop sports, entertainments and the invasive ‘celebrity culture’ that attempts to pervade our whole lives.

So what was the real story behind the sinking of RMS Titanic, one of two almost identical twin sister ships, in 1912?. . . “The Titanic didn’t sink! The ship that went down in the North Atlantic in 1912 was the Olympic, the Titanic’s sister ship. . . Both ships were owned by the White Star Line, which was part of J.P. Morgan’s investment empire. The company had reason and opportunity to switch the identities of these luxury liners in order to commit massive insurance fraud. In this book, John Hamer theorizes that, instead of selling her for scrap and taking a huge loss, which might have bankrupted the Morgan venture, the decision was made to switch identities, destroy the Olympic (now posing as the Titanic), collect the insurance, and continue operating the Titanic profitably (now posing as the Olympic). You’ll be amazed at how much compelling evidence there is to support this conclusion.” G Edward Griffin, author and researcher. 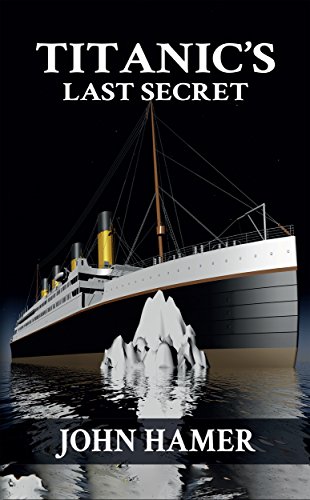 This book came about as a result of the years of research undertaken by the author into the ‘real’ facts surrounding the Titanic disaster of 1912 for his previous, non-fiction work, RMS Olympic, first published in 2013.

In that book he propounded and expanded upon the theory, backed up with plenty of evidence both provable and circumstantial, that all was not as it seemed regarding that awful tragedy of more than a century previously.

This story has therefore been constructed around all the information he unearthed and although overall the story is fictional, particularly the latter-day element, much of what happened in the ‘flashback’ sections is based on actual incidents and sometimes even on specific conversations that have been recorded as having actually taken place.

In summary, this novel may be regarded as a ‘best guess’ as to what really happened in 1908-1912 culminating in that freezing, fateful night of so long ago and the author trusts that you, the reader will both appreciate and even enjoy the alternative approach to those sad events and acknowledge that there is no intention on his part to dishonour the 1500 departed souls or to in any way denigrate either their memories or their entirely avoidable deaths.