Where do the myths and legends of Atlantis, the lost, submerged continent said to have existed between Africa / Europe and America, come from and why are they so persistent if, as we are led to believe by the mainstream, there is no truth in them whatsoever? Could the stories possibly be true and this is simply yet another case of concealment to maintain the ongoing, grand deception?

According to the consensus of this multiplicity of legends, the island city of Atlantis disappeared beneath the waves around 9600BC after a huge global cataclysm, which incidentally some sources say, was caused by the seismic disturbances engendered by the close passing-by of the Planet Nibiru at that time upon one of its infrequent returns to the Solar System.

Plato, the ancient Greek was a most serious philosopher and historian and as such was not given to ‘flights of fancy’. He has never been shown to have been guilty of any kind of hoax or fabrication or indeed of the writing of any fiction and so therefore his comprehensive account of the destruction and disappearance of the city / island of Atlantis, far from being treated as a myth, deserves serious consideration.

This is a very accurate description of a volcanic island.  The central cone could be an ancient, dormant volcano.  Hot springs are positive indications of geothermal activity and lands surrounding volcanoes are often very fertile.   Finally, volcanic islands, particularly those of the Atlantic often have steep cliffs where they meet the sea.

If Atlantis existed in the middle of the Atlantic Ocean, it would have almost acted as a land-bridge between the continents of Africa and America, allowing animals and plants to migrate more easily from one to the other. Non-Atlantis experts in several different fields of research have independently stated that there must have been an intermediate land-mass connecting the distant continents together in some way. Plato actually said Atlantis was “the way to other islands and from these you might pass to the whole of the opposite continent“. He also said it was “…an island situated in front of the straits which are by you called the Pillars of Hercules.” The Pillars of Hercules being the ancient name for the Straits of Gibraltar

The important point of this description of Atlantis is not just what it describes, but it is the fact that the components are consistent with each other.  In other words, it sounds like the depiction of a real place rather than one sprung entirely from the imagination.  More importantly, Plato did not have the benefit of modern research methods; he merely described them as he understood them and as passed down the ages through his family. This lends his work even more credibility. The very fact that Atlantis was in all probability of volcanic origin, lends great credence to its existence in the first place and subsequent destruction in the second place. Volcanic forces were not understood at this period of history and so his descriptions could not have been undertaken with the intent of deception.

Plato also describes a more modern and technologically advanced society than is currently regarded as possible by mainstream thinking at this stage of human history. There are descriptions of advanced architecture and advanced skills and knowledge, particularly of engineering. These include sophisticated irrigation systems and canals or channels as described by Plato. I believe that it is a strong possibility that the Atlanteans were the original pyramid builders and they shared their knowledge with their neighbours. Pyramids are extremely sophisticated structures, often built so that their angles align perfectly with constellations in the heavens, so can it be simply coincidental that several ancient cultures seem to have spontaneously and independently acquired certain knowledge and skills that were apparently beyond their level of development at the time, the ability to build a perfect pyramid, for example?

This skill could not possibly have been developed by several different cultures independently of each other in such a short period of time and yet this is demonstrated in the Egyptian civilisation as well as South American and certain Asian cultures. Maybe the truth of the matter is that they inherited this knowledge from a previous culture – Atlantis?

The Swiss author of ‘Chariots of the Gods’, Erich von Däniken, believes these ‘coincidences’ can be linked to ‘ancient astronauts’, aliens who visited Earth in ancient times and shared technologies with the ancient humans. And several researchers also conclude that the inhabitants of Atlantis were in fact aliens (the Annunaki?). They were said to be taller than the average person and of ‘fairer features’.

There have also been suggestions from several sources that the Atlanteans may have been aliens visiting Earth to collect minerals to supplement their own planet’s dwindling resources. They arrived on Earth and colonised Atlantis and Africa and possibly several other locations also. Is this beginning to sound familiar yet?

Edgar Cayce, the famous American psychic of the late nineteenth and early twentieth centuries undertook psychic readings on thousands of people, investigating their previous lives. He concluded that some of the people he interviewed had previously been alive during the heyday of Atlantis and from them he collated incredibly detailed and coherent descriptions of their civilisation at that time. He also made several uncannily accurate predictions regarding future evidence coming to light. Although Cayce died in 1945, he predicted that in 1968 or 1969… “A portion of the temples may yet be discovered under the slime of ages and sea water near Bimini”

Incredibly, in 1968, twenty three years after Cayce’s death, the Bimini Road was discovered on the floor of the Atlantic Ocean at North Bimini Island in the Bahamas. The Bimini Road is a half-mile long road of perfectly aligned limestone rocks, most spectacular when viewed from the air. Although some people believe that these rocks are a natural phenomenon, new evidence has shown this not to be the case.

In fact some truly amazing discoveries have actually been made. The most significant one being that beneath the precisely placed giant stones is another layer of stones, exactly the same. Could this be a wall and not a road as previously surmised? It also seems to completely destroy the ‘natural formation’ argument. A research team has also discovered markings on some of the rocks that seem to be man-made holes or possibly tool marks. In taking all this and much other evidence into account it is perhaps no surprise that the Bimini Road is believed by many credible researchers, to be part of the ruins of Atlantis. 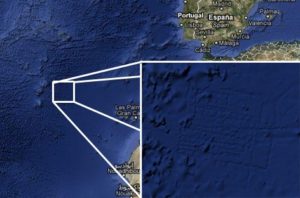 Is the Atlantis story regarded as a ‘myth’ by contemporary history because it does not fit in with existing theories of the state of development of mankind at this particular juncture in time? It would seem likely given the evidence and if so is yet another example of the ongoing deceit that maintains us in our present state of ignorance of real history.

There are also numerous reports of other possible sites of Atlantis all around both sides of the Atlantic seaboard and even into the Mediterranean Sea itself but they are all broadly consistent in their descriptions of an island containing a people whose civilisation was not only more advanced than the Earth had hithertofore seen but was widely believed to have been in some respects even more advanced than we are today.

Many ancient artefacts are in existence, some found on the Atlantic and Mediterranean sea-beds which bear more than a passing resemblance to modern machinery and even computers and yet have been dated to more than 5000 years old. How is this possible? How can a civilisation from so long ago in time, relatively speaking, be more advanced technologically speaking than civilisations which followed thousands of years later?

It is eminently possible if that civilisation was destroyed by some natural or even un-natural cataclysmic event which destroyed it an instant or even in the space of a few days. Maybe some lucky few Atlanteans were fortunate to escape the wrath of the huge tsunami or earthquake or other unknown event that wrought such widespread destruction and just maybe those people found landfall in Spain or North Africa or even North America where they were able to pass-on tales of the destruction of their ‘world’ and all its knowledge. Indeed a few survivors would in no way necessarily ensure the perpetuation of that superior technology.

How many among us now in the event of a similar cataclysm could re-start civilisation and re-construct all the modern conveniences that we just take for granted in our world today? Speaking personally, I have never been practically-minded and indeed I am almost an ‘idiot’ where practical matters such as car maintenance, carpentry, metalwork and DIY tasks are concerned. I would not know where to begin to construct a simple refrigerator for example or even to describe to someone with more advanced technical skills and knowledge than myself how the principle of refrigeration works. And the same holds true with almost anything else we could mention; a car, a jet-plane or even a humble bicycle for that matter!

So to summarise, Atlantis was in my view much, much more than a legend, a mere figment of the over-productive imaginations of our forebears. I believe that Atlantis did exist and indeed it was the cradle of our civilisation, the remnants of which were utilised in re-building a version of society which whilst may not be as advanced as Atlantis itself, at least became more advanced once again with the passing of the millennia. And maybe now, at this point in our history we are just reaching a level whereby we can match the technological achievements of that long-gone age.