The ‘official’ story, ‘straight from the horse’s mouth,’ of how the 58 year-old Dallas tailor, Abraham Zapruder ‘just happened’ to capture on 26 seconds and 486 frames of film, the most iconic assassination of the 20th Century is that…

“As I was shooting, as the President was coming down from Houston Street making his turn, it was about a half-way down there, I heard a shot, and he slumped to the side, like this,” he said, demonstrating what he saw for the local ABC affiliate shortly after the shooting. “Then I heard another shot or two, I couldn’t say if it was one or two, and I saw his head practically open up, all blood and everything, and I kept on shooting. That’s about all, I’m just sick.”

Zapruder handed over the footage to a Secret Service agent and it was used as part of the formal investigation, but he later decided to sell the rights to the video and its stills to Life magazine. Life outbid CBS for the footage agreeing to pay him $150,000. Zapruder then gave $25,000 of that money to the widow of the police officer who was supposedly shot by Lee Harvey Oswald in the hours following the assassination.

Before his death, Zapruder was interviewed a number of times by government officials who were investigating the shooting. “I started yelling, ‘they killed him, they killed him,’” he testified before the investigative panel in July 1964. “I was still shooting the pictures until he got under the underpass.   I don’t even know how I did it.”

Tests showed that the camera, loaded with double 8-millimetre Kodachrome II colour film, recorded at an average speed of 18.3 frames per second and there were either 486 or 487 frames with assassination-related images. Although there was no sound, the Zapruder film allowed investigators and researchers to establish the interval between gunshots. Zapruder said he had the film developed, and had three copies made – two of which he gave to the Secret Service and FBI.

Life magazine owned the original copy of the Zapruder film and it was suppressed for several years before Life originally published selected frames from the film in an issue dated 25th November 1966 in an article titled A Matter of Reasonable Doubt. It was not until the sham trial of Clay Shaw though, that the complete film was viewed in public.

Over the years, it has caused a great deal of controversy. Many assassination researchers have studied the film for decades and many of them know each frame and frame number by heart. There have been chapters on the film in hundreds of books on the Kennedy assassination and several full-length books about the film by itself. There have also been dozens of videos and television specials made about the film.

The complete Zapruder film was first broadcast on TV on the 6th March 1975 on Good Night America with Geraldo Rivera, on ABC, twelve years after the event and eventually, on the 16th July 1999, a three-member arbitration panel of the US Government awarded Zapruder’s heirs $16 million for the film. After the Zapruder family was paid the $16m, they donated the film to the ‘Sixth Floor Museum,’ which is located in the old School Book Depository Building in Dallas, Texas and it is from there that Oswald is alleged to have fired the fatal shots.

In 1969, about a year before his death, Zapruder testified as to the film’s authenticity during the New Orleans trial of Clay Shaw, the only person ever prosecuted for the assassination. District Attorney Jim Garrison played the film for the jury ten times, a scene that formed the dramatic crescendo of Oliver Stone’s 1991 film, ‘JFK.’

Over the years, the Zapruder film has been subjected to massive scrutiny. It is said to both prove Oswald’s guilt or innocence (delete as appropriate) and has been claimed as a fake and/or that it was tampered-with and altered. No other film in history has been so controversial and the debates about what the Zapruder film proves or disproves rage-on to this day. Looking at the Kennedy assassination from an investigative perspective is like falling into a bottomless pit of contradictory evidence and ‘smoke and mirrors.’

But along with prominent JFK researchers like James Fetzer and Harris E. Livingstone, I believe that the Zapruder film is a complete forgery and a vital part of the cover-up of the conspiracy. To back-up that statement is not easy in print, so I would strongly recommend that you research this for yourself. There is a wealth of information, and disinformation on the subject to be found on the Internet and hopefully this book will help you to discern the difference. 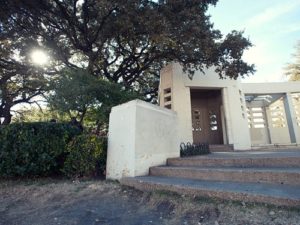 In 1963, Abraham Zapruder of Russian descent, was a 32nd degree Mason, and was no ordinary bystander. He was an active member of two CIA-backed organisations, the Dallas Council on World Affairs, founded by Henry Neil Mallon (George H.W. Bush’s mentor,) a member of the Skull and Bones Society at Yale; and, the Crusade for a Free Europe.

Lyndon Baines Johnson’s personal secretary, Marie Fehmer, who travelled back to Washington on Air Force One with the newly-sworn-in president LBJ, on the 22nd November 1963, was the daughter of Olga Fehmer, who also worked at Nardis of Dallas with Abraham Zapruder and Jean LeGon de Mohrenschildt. On the 29th March 1977, the day that de Mohrenschildt agreed to be interviewed by House Select Committee on Assassinations, he was found by his daughter, Alexandra, dead of a shotgun blast through the mouth. His death was ruled as ‘suicide.’ Is this all becoming ever-so-slightly suspicious yet?

But back to the film itself… Several respected scientists have examined the Zapruder film in fine detail and they found that, while most of it looks completely genuine, some of the images are impossible and actually violate the laws of physics. They certainly could not have come from Zapruder’s home-movie camera. However, they also concluded that the film is an excellent forgery. It is almost perfect and some mistakes took almost 40 years to find. They also proved that the film was not just changed a little to distract truth-seekers, but that the entire film is an elaborate fake!

A ‘movie’ film is nothing more than a series of still photos (frames.) The fake film was made by cutting and pasting faked photos and real film frames together to make new frames and because the Zapruder film is only 26 seconds long, only 486 photos needed to be made and the forgers had almost a year to create them, before they were eventually published. This was not difficult to achieve in 1963 and 1964, high-quality fake photographs have been created since the 1850s.

It would not be difficult to believe that a real film of the assassination was rapidly faked on the evening of the assassination, using equipment that could create Hollywood-style special effects (for example, as in Mary Poppins, created in 1964.) Remember, the CIA would have access to the very latest film technology, and it is well documented that numerous Hollywood technicians and advisors, were on the CIA payroll.

In May 2003, scientists and researchers presented their latest findings at a conference in Duluth, Minnesota. This has now been described in a book, ‘The Great Zapruder Film Hoax,’ written by Jim Fetzer and published in September 2003. They described some of the mistakes that the forgers made.  Photo analyst Jack White clearly demonstrated that the famous 8mm film of the JFK assassination taken by Abraham Zapruder was altered and parts of it fabricated. One of the main reasons that fakery was used was to (a) cover-up the fact that 25 named witnesses saw JFK’s limo come to a complete stop for around 3 seconds during which time the fatal head shot(s) occurred… and (b) on Zapruder frame 313, which shows the moment of the fatal head shot(s,) the special-effect of spray painting of blood splatter could have been and was indeed added later – and, on Zapruder frames 314 and beyond the special effect head injury was painted-in to ‘prove’ the lie of the head shot(s) coming from the School Book Depository and Oswald. Also, JFK’s back-of-head exit wound was painted black on the 35mm film to cover his exit wound. This completely contradicted the Parkland Hospital autopsy testimony, photographs and X-rays. Secret Service agent Clint Hill, seen jumping onto the JFK limo as it pulled after having stopped for 3 seconds, always claimed that the Zapruder film was not what he witnessed.

JFK could easily have been removed from office by simply exposing his sex life, and he could have been just as easily poisoned as so many other discarded leaders have, but this was meant to be a world-class ‘public execution,’ and JFK had to leave Dealey Plaza dead, not simply wounded.

Many JFK researchers regard his assassination or more accurately, his public execution, as a coup d’état. Some even refer to 22nd November 1963 as, ‘The Day America Died.’ But unfortunately, America died long before that. A ‘bloodless’ coup d’état that went completely unreported, even unnoticed, occurred on 23rd December 1913, when the Federal Reserve Act, established the banksters’ total stranglehold on the United States, followed by their creation of the extortionate and illegal income tax. Those two incidents alone are the root cause of all the pain, suffering and despair, that have plagued the USA ever since.

Now, more than half a century later, with all the endless bisecting and speculation of the JFK assassination, those responsible are just as safe from exposure and punishment, as they were then. Their own media, entities like the History Channel, National Geographic Channel, and all the others, continue to denounce and ridicule any honest debate and analysis that challenges the ‘official,’ Warren Commission lies.